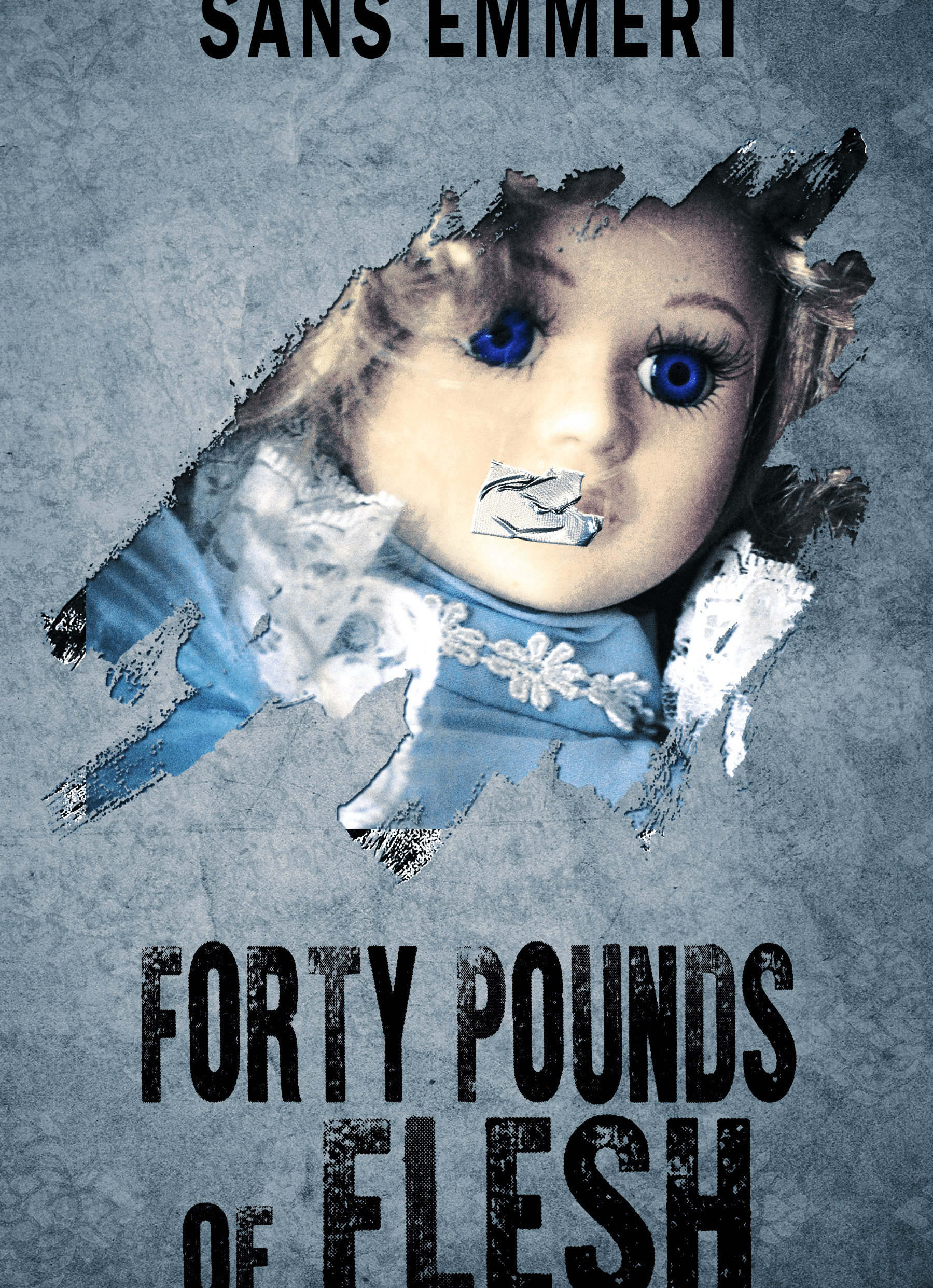 Reminiscent of the most mysterious murder of our times, this tale of obsessive love is the whydunit no one expected.

Much of the story unfolds on the outskirts of Savannah, then relocates to Santa Fe. The revenge crime takes place at a mansion in Brentwood, CA.
Era

Reminiscent of the greatest cold-case murder mystery of our time, Forty Pound of Flesh was set in the 90's.
Share

To preserve his love, an aspiring screenwriter turns his script of a lifetime into the crime of the century. This psychological thriller ignites the nature vs. nurture argument to an unconscionably tragic resolution after the repercussions of deception in romance are stoked to their flashpoints.

Damon was born of rape, a bastard whose adoptive father hanged himself after learning he’d been duped. The escape Damon finds in murder-mystery movies inspires him to write his own.

When Damon meets Deidre he's blown away by her young Savannah beauty, evocative of the women of his sex-goddess movie posters. It quickly becomes true, if tormented, love. Despite aspirations to make her a star in his imagined romance-triangle screenplay, she remains capricious, still caught up in false promises of an easier path to Hollywood glamour. Sadly, Deidre’s first relationship was as paramour to Michael, an older millionaire who would have left his beauty queen wife sooner, if she hadn’t become pregnant with the most precocious pageant princess the world would come to know.

When Deidre’s unexpected pregnancy changes everything, she and Damon marry and pursue their shared dream. Damon works construction and writes by night while Deidre prepares for acting school.

The dream is shattered when Damon's new family vanishes without a trace. Believing his powerful old nemesis stole them away, Damon is left wracked and suicidal. That is until a blockbuster movie inspires him to concoct the ultimate revenge plot. An eye for an eye—Michael had stolen Damon’s child, so why not kidnap his?

Before Damon can act, a heartwarming letter from Deidre draws him to rejoin his family in Santa Fe, where she finishes acting school while he studies film in earnest. Convinced fame and fortune would hold her forever, Damon covertly crafts his angst-driven plot into his own blockbuster screenplay. Jobs aren’t necessary because everything is funded by Deidre’s inheritance. Once reconnected with his son, their bliss becomes unimaginable until Damon’s discovery—the money actually came from a secret ‘pay off that bitch and keep her quiet’ paternity settlement with Michael.

Damon’s flesh and blood forever ripped from his chest, his boundaries between fiction and reality long-blurred, he unleashes his polished script to murder Michael’s pint-sized daughter, then pin it all on him as an incestual molestation gone awry. Perfect revenge felt good until Damon’s final revelation—the boy was indeed his own, not Michael’s.