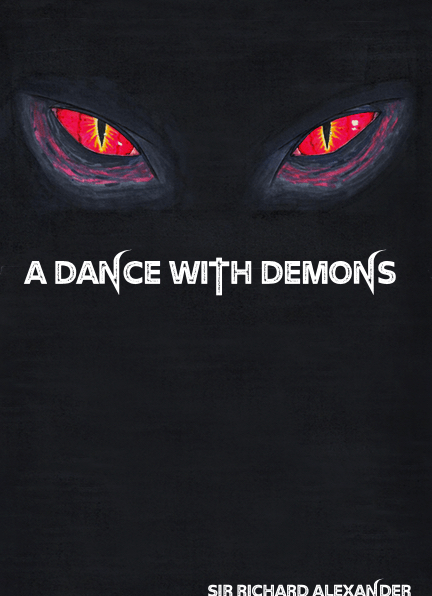 A Dance With Demons

Demons aren't the best of allies.

It is far, far in the future, but technology (apart from a few compounds), has gone back in time.
Share

Two countries in the midst of a war. One side delves into dark arts, to further their cause and summon demons to their aid. Demons aren't the best of allies however....

The doors opened to reveal a room lit with strange blue light, one tunnel leading away into the darkness. Along with the light, thigh deep water rushed passed the open doors. The man knew there was no turning back now. Forward was the only way left to him.

He stepped through the open door and took a source of the blue light, a torch giving off the strange glow. Sloshing forward through the water he swallowed, already wondering if he would regret this decision. When the blue light faded from behind, now the torch in his hand being the only source, the man felt it. He felt an evil. He had never thought this terrifying sensation could be so strong. He had expected something, but not this. The feeling was almost palpable.

An inhuman laugh rang through the tunnel and he slowly turned. Just outside of the light cast by his torch two huge eyes slowly opened. Those eyes radiated with the malevolence that he felt. Fear bound his legs in place and He knew then, that he had made a fatal mistake. The man screamed able to do nothing else as the monstrosity stepped into the light.

Two neighboring nations have never been at peace, but become even less so now. One summons evil creatures to fight for them and the other bolsters their militia with their own people. This story is of love and hate. Can man stand against such hate? Will they be able to stop the tides of destruction from sweeping all life from the land? Or will they fail? Will they die trying?