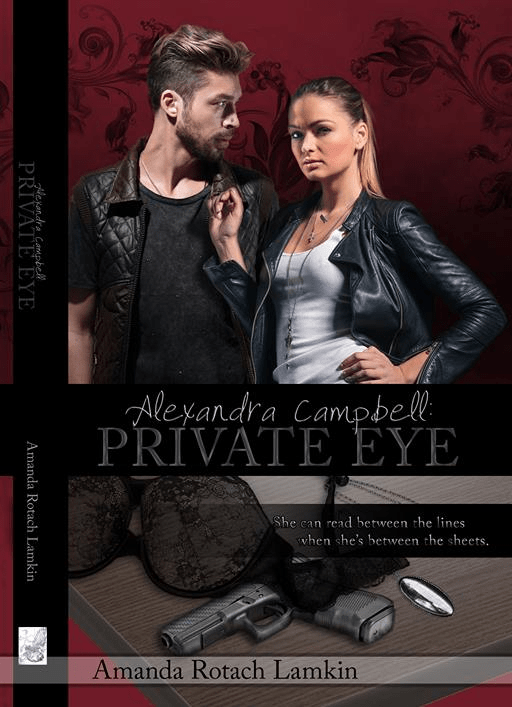 This could take place in any medium to large urban area.
Era

A quirky private investigator uses her unique psychic abilities, activated by desire, to solve crimes. But can she bring an end to the terror gripping Louisville before her husband's dastardly plan takes her down instead?

Alexandra Campbell is a private investigator who uses her psychic abilities, activated by arousal, to interview criminals in a unique manner and bring them to justice. She is contacted by Hank Summers, the handsome head detective at LMPD headquarters, to help track down a serial killer. That night, however, life gets even more complicated when her husband returns home from a business trip and Alex discovers that not only is he having an affair, but is also planning to have her killed. She turns to her friends for support, a unique crew including a flamboyant vampire accountant, a man who can speak to pigeons, a bicycle messenger who can find any address without a map, and her best friend, Selah, who has the ability to tell people exactly what they need to hear at the time. They rally around her, and Pasha the accountant ensures that her finances will remain under control. After Alex tracks the killer to a strip club, she decides to go undercover to further investigate as well as keep herself safe. Hank, his feeling for Alex bubbling to the surface with the news of her husbands infidelity, and under pressure from higher-ups, is hesitant, but ultimately supportive. While Alex is "interviewing" the killer, her assassin breaks into Selah's salon and assaults her badly enough that she is put into the hospital. Alex begs Hank to protect the child of one of the serial killer's victims and also forces him to allow her to continue the investigation until she can discover who hired the killer. She does, and he is brought to justice. One of Hank's subordinates picks Alex up, ostensibly to take her to the station, but instead reveals that he is the man hired to kill her. In a dramatic finale, Alex escapes with her life, and a new love. This quirky, romantic thriller is the perfect combination of heart-stopping action and heart-pounding sex.