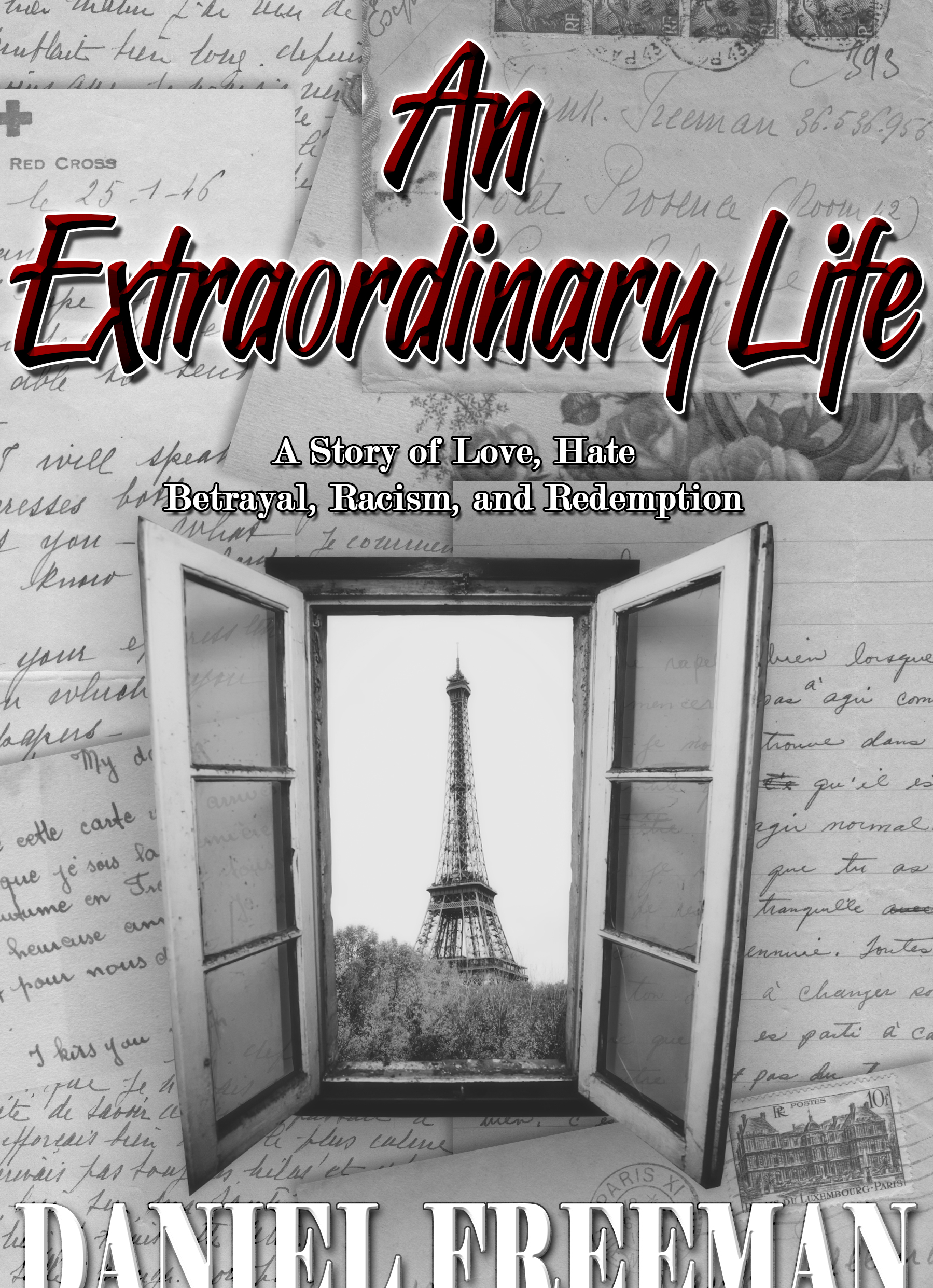 “...you can tease your younger brother about sleeping with a prostitute." P. Frank

This story originates in Paris, France, moves to Frankfurt, Germany, then to Detroit, MI, and finally San Diego, CA.
Era

“Sit down Daniel. I’m not your mother,” The true story of a mixed-race family told through the actual letters and legal documents discovered in a WWII trunk in 2002.

In December 1944, P. Frank, a U.S. Army African-American draftee, casually walked into the Pharamcie De La Nation in Paris and "there before him was the most gorgeous and charming girl he had ever seen. So P. Frank avowed to himself to go back to that store when he was back in Paris. Ten days later (January 1945) he was back at the drug store when the young lady told him her name was Sophie and as she was about to go home, asked him if he would like to meet her parents." At the time, P. Frank could not have imagined, that this chance encounter and friendship/marriage would lead to a ten year " international war" involving the use of private detectives, infidelity, the birth, kidnapping attempt and custody battle of their son, the U.S. State Department, the governments of France and Germany, and a job discrimination grievance with the U.S. Army that found its way to the White House. This epistolary memoir of love, lust, loss, betrayal, and redemption is told through the letters and documents written by family members, lawyers, a U.S. congressmen (John D. Dingell Sr. -MI / a U.S. senator (Charles E. Potter - MI,) U.S. State Department, National Association for the Advancement of Colored People (NAACP: Walter White / Roy Wilkins), and U.S. Army.