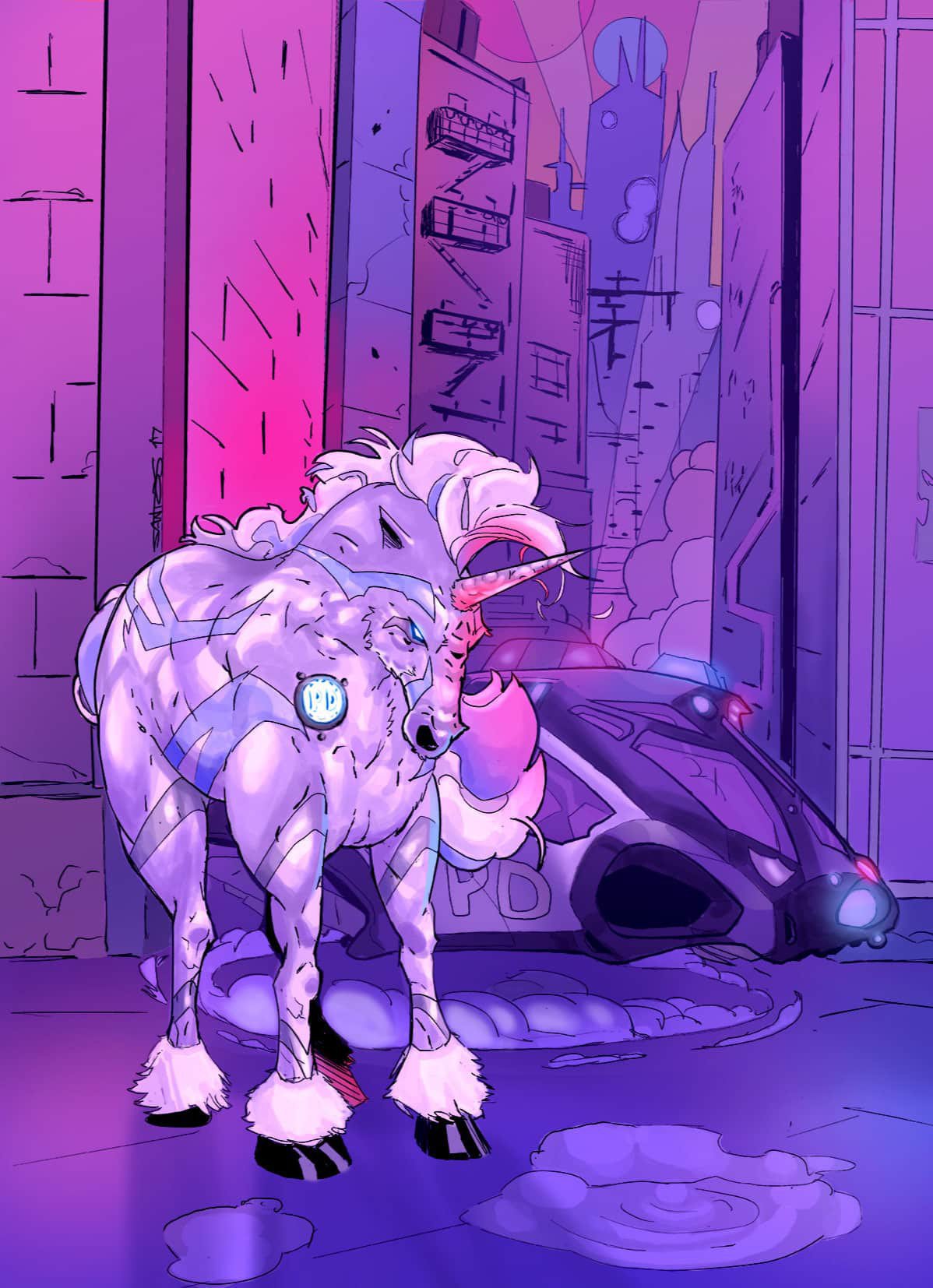 “I've seen the evil that lurks inside every stallion's soul. I'm the one that stamps it out when it rises to the surface.” -Detective Firewake

A no-nonsense detective unicorn, juggling a heavy caseload, a family, and a vain, reckless rookie partner, investigates a mysterious and ruthless mastermind who will stop at nothing to take over the world.

In the Pilot, Firewake and Zaffa find the notorious Green Hat Gang has somehow broken out of prison, and are robbing banks with new, more powerful magics. Firewake sets a trap and captures most of the gang, except for the leader, Rails, who comes under the direct hypnotic control of a mysterious evil figure.

Firewake is a fantasy animated crime series, aimed at boys and girls from 8-14.

Sable Nox, a genius stallion with a slightly disturbed mind and an obsession with taking over the world, is gathering wealth and power – especially magical power, which he already has a lot of.

Firewake, the leading detective in the city of Addax, must follow clues and untangle dark ties as he solves cases, busts gangsters, and fights elite criminals. Graith, the former underworld leader with a mastery of chains, and Angel, Sable Nox's sinister and deceptive daughter, make it very difficult for him.

Firewake must learn to work with his reckless, mare-chasing rookie partner, Zaffa, if he is to turn over every stone, and enter the right social circles to gain the information he needs.

They're not alone. Mistress Fancyber, a powerful mare with an affinity for nature and a secret history with Sable Nox, wields a network of spies to observe and fight his criminal schemes.

It will all come to a head in the season finale, as Firewake and Zaffa confront Sable Nox directly for the first time, as he assumes psychic control of everyone who bought a magic-enhancing implant that he developed.

[Yes, these are unicorns. But these unicorns are NOT the sugar-coated creatures you find in My Little Pony or elsewhere. As you've read, they can be complex, even evil, and the series would have a somewhat darker palette, to fit with unicorns that are drawn a little more realistically.]