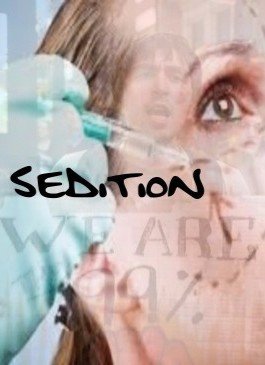 Looks are deceiving. Trust no one...

In this story, Mark Baxley, a visionary governor, has taken his career to the next step of presidential candidacy. Unknown to Mark, Shannon Kates, his campaign manager, is deeply connected to to an underground organization that has been kidnapping (and killing) popular presidential elects and replacing them with a look alike to fulfill their self-serving agenda. The look alike process is not by mere coincidence but is achieved through experimentation and surgery. This organization is as old as America's earliest Presidents. Mark is eventually killed and replaced prior to election day. The general public is none the wiser. However, there are two internet detectives who have figured it out.

Annie and Tim have been a part of an internet group that spends its time trying to figure out everyday mysteries within the crime circuit but part of the rules of the group is to never visit crime scenes or do live investigations. This is breached by Tim and Annie. Though Annie has never met Tim in real life, goes out to save him when his meddling goes too far and he finds himself right in the middle of the evidence that Mark Baxley has been killed and the man on television is not him.

By the time she reaches Tim, it is too late and she too finds herself in danger and working to escape the men under Shannon's assignment. In parallel to this happening, Annie's sister is also in danger. Her residence in the behavioral health facility is not as open and shut as it seems because it also is tied to Shannon's surgical experiments and an even larger government take down operation that involves creation of super beings. All of what is happening to her sister is not known to Annie.

Shannon eventually captures Annie and sets her up to take the fall for murdering Mark's wife since she needed her out of the picture. Just when Annie is about to be placed to death under the death penalty, Ryan, a hero and traitor to Shannon, saves her. He happens to be a member of a similar organization as Shannon but with a less destructive motive when it comes to the future of the U.S. During a different mission, Ryan saved Annie's sister, Sabrina, and later invites her to see her.

Sabrina has intentionally gone under a facial reconstructions surgery to mask herself as a government employee. She and another group had been training with use of chemical enhancements for strength and endurance. They are on a mission to save all of the children who are secretly being experimented on to create the super race of soldiers. One of the children belongs to Sabrina from when she was sold away from the behavioral health facility to be made a part of the experiment.

Annie reluctantly joins the group and they go off on their mission to save the world.