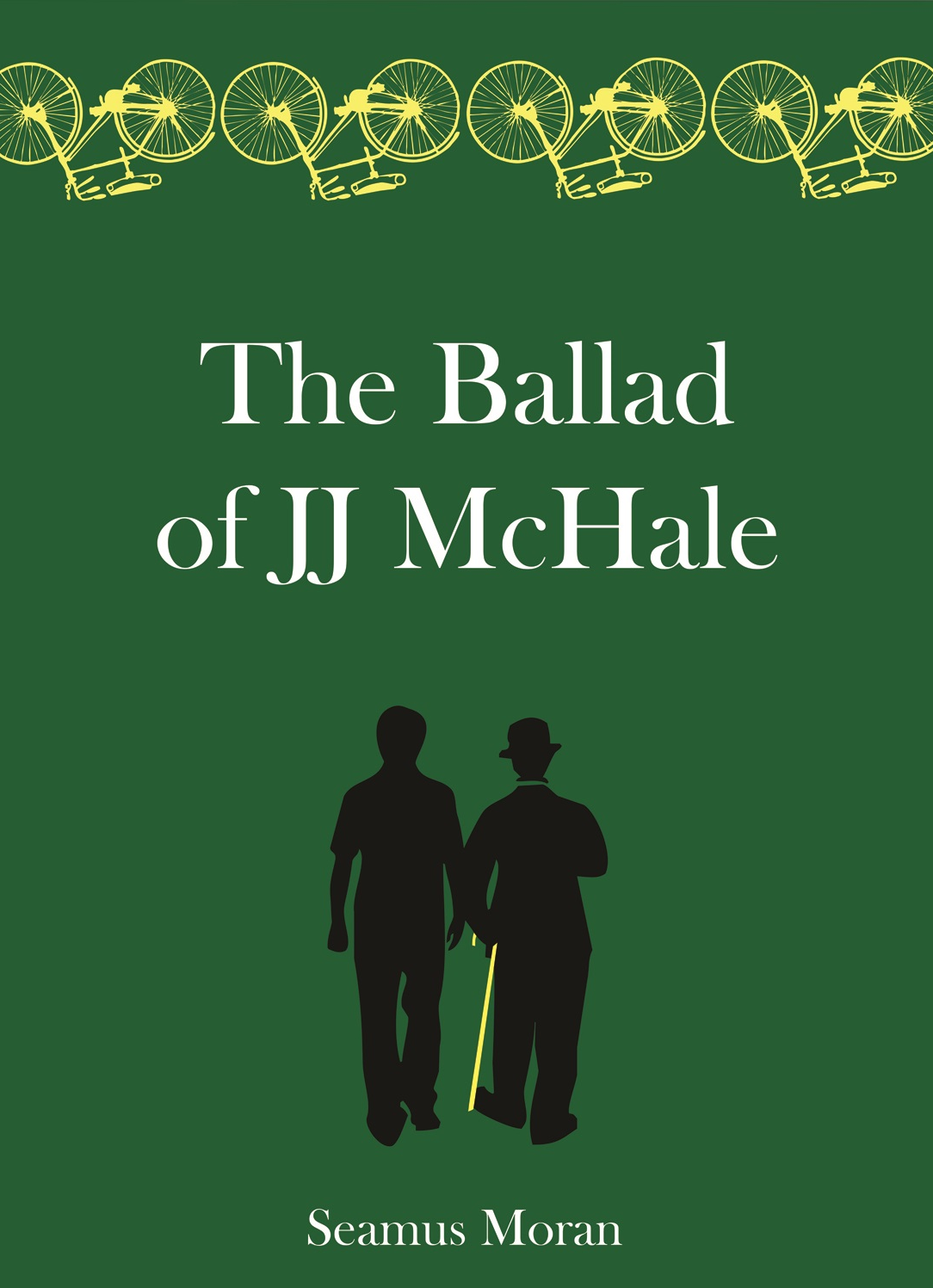 The Ballad of JJ McHale

He can dodge a bullet but not cupid's arrow.

The story is set between Fairyhouse racecourse during the Grand National, Ashbourne in Meath and Dublin city.
Era

Through a series of comic mishaps and misadventures, eighteen-year-old balladeer and performer JJ McHale gets caught-up in the Easter Rising in Dublin, where he falls in love with pretty, young rebel Molly.

The tragic loss of his mother, when he was only eight years old, robbed JJ McHale of his closest friend and turned his father into a sullen, embittered bully. Weary of his father’s repressive regime, JJ decides to flee in pursuit of his dream. Like his idol, Charlie Chaplin, JJ believed he could rise up from his humble origins, through the music halls of London and on to America, the movies, fortune and fame.
Through a series of mishaps and misadventures, JJ finds himself in Fairyhouse for the Grand National weekend, where he earns money busking and is also recruited by a con-man magician as his shill. He becomes enchanted by alluring, elusive young rebel Molly McNally but his talent fails to impress her. After a failed attempt to prevent a robbery he finds himself on the wrong side of the law and pursued by the local RIC Sergeant. A friendly groom gives JJ some inside information for the big race that promises to make some extra money for him and his employer. It all goes belly up though, and JJ finds himself in a Keystone-like chase, on the run from the magician, the sergeant and a bitter, quarrelsome young Fusilier. His only means of escape is on the bar of a bicycle ridden by Liamy, a local rebel. Before he can continue on his way, they are caught up in a skirmish. While JJ huddles in a ditch, he is surprised and delighted to be joined by Molly, until she shoves a revolver into his hand. Liamy is shot and JJ is forced to tend to his wound. After the skirmish, with no other way out, JJ returns with this ‘gang’ to a temporary camp in north county Dublin.
JJ is seduced by Molly’s spirit and passion but she is astonished at his lack of knowledge and political awareness. Molly is also in love with the leader of the ‘gang’, local teacher, athlete, poet and singer Commandant Tomás Ashe. Despite his best efforts, JJ fails to win the heart of the fiery, intelligent, beautiful but intractable Molly and decides to keep moving towards his own destiny and leave these people to theirs.
Next morning, he is part of a company of 20 men, making their way into Dublin city, when they are ambushed. JJ flees and makes his own way into the city. Biddy, an old balladeer, becomes his surrogate mother. They narrowly evade capture, join in a surreal, burlesque party with people dressed in looted costumes, eat luxurious looted food and quaff looted champagne. JJ even believes, for a moment, that Charlie Chaplin himself has appeared! JJ spends the night in a cramped tenement while the sky glows orange and red from the fires burning in the city.
Next day, he and Biddy get right into the heart of the fighting, where they help to save a wounded teenager. Biddy gets a flesh wound and they are forced to flee again. JJ quickly realizes that British superiority will soon win out so, fearful for Molly’s safety, he returns to Meath to save her from her inevitable fate.
He learns that the Fingal Volunteers have been wreaking havoc for several days, cutting communication lines and raiding local barracks. When he finally locates them, Liamy is delighted to see him, Molly enraged and Ashe bemused. JJ finally gets to be alone with Molly. Although his honesty and earnestness are disarming and they kiss, she refuses to abandon her man and her cause for a feckless young vagabond with a foolish pipe dream.
Next morning, the Fingal volunteers get caught up in a deadly gun battle with the RIC and JJ shoots a policeman dead, in self defense. Although out-numbered two to one, the volunteers take full advantage of their superior position and eventually surround the RIC. The RIC commander exposes himself to hostile fire, in a desperate attempt to rally his men. He turns his gun on Molly. JJ tackles her to the ground, just as the commander discharges his pistol, shooting JJ in the back.
JJ regains consciousness in a so-called ‘safe-house’ in Meath. Molly comes to visit him and reveals that he is lucky to be alive. She also tells him that the Volunteers had defeated the RIC but were then forced to surrender themselves, the following day, as the rebellion had been quashed. She thanks JJ for saving her life and kisses him gently on the lips. JJ struggles to find words that will make her stay with him. She smiles wistfully, releases his hand and leaves through the back door.