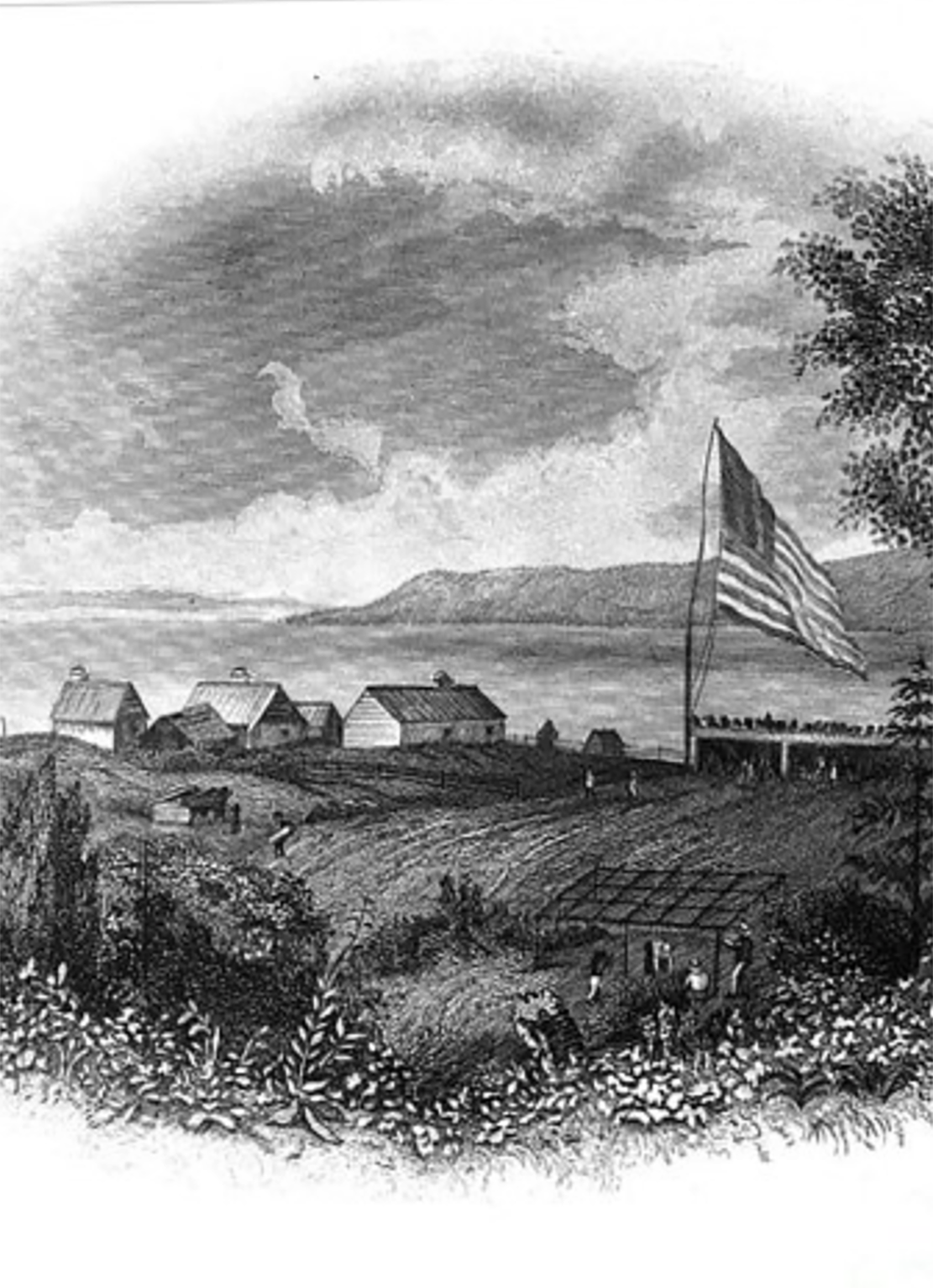 THE FORGE is set in the Oregon Territory during the nineteenth century.
Era

Isaac McClure is caught between his mother's Ehattesaht world and his father's Scottish. Born at Fort Astoria in 1824, he conceals his Indian identity to come back over the Oregon trail in 1853. He becomes part of racist pioneer society, is outed by chance, and an intense peripeteia ensues.

Isaac McClure is caught between his mother's world and his father's. This will be the story of his entire life. Born at Fort Astoria in 1824 to an Ehattesaht mother and Scottish father, he later conceals his identity in order to travel with a wagon train over the Oregon Trail. He becomes a prosperous member of the pioneer community in the Willamette Valley. This community is racist to the core, however, and when by chance the fact that his mother was an Indian is revealed, he's lucky to get out of town alive. Only his old friend and trail mate Andrew is able to save him from a lynching. Isaac leaves his wife Laura and their children. He goes to the California gold fields but discovers that by 1862, they're pretty much played out. He enlists in the Union Army, intending to fight against slavery in the Civil War. The Army has other plans for him, however: they want to send regular soldiers to fight in the battles back east while using volunteers to replace them at posts far from the battlefields. Isaac winds up back in Oregon, this time at Fort Yamhill where his job is to keep Indians imprisoned on the reservation. During one trip to round up escapees, he accidentally shoots a young girl dead. This hits him hard and causes an existential realization about the absurdity of life generally and the futility in particular of his attempts to escape his destiny. When Isaac is released from the Army, he goes to British Columbia where he becomes a successful owner of a blacksmith and wagon shop and of the hardware store next door to it. He lives in a grand house there with an Ehattesaht woman who reminds him of his mother.
*
The central recurring image of the film is the forge where Isaac has dealt with his feelings throughout his life. The forge has given him a good livelihood and a constructive way to cope with the cruelty and absurdity of the racist world around him. The forge makes a powerful recurring image throughout the movie.
*
THE FORGE received praise from BlueCat Script Analysis: "The script’s treatment of Isaac’s painful experience as a mixed-race person with First Nations ancestry in the nineteenth century is both fascinating and thorough. Even though he has to keep his origins a secret in order to remain safe, Isaac never lets that secrecy compromise his morals or the value he puts in other Native people. ... Beautiful, poignant moment filled with meaning: Isaac’s longing, remorse, and adoration come through loud and clear."