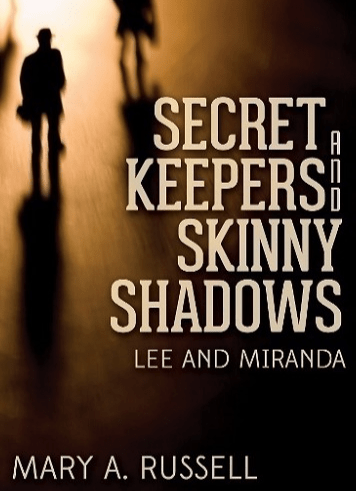 Why I wrote "Secret Keepers and Skinny Shadows

Don't trust anyone Lee and Miranda were warned.

The actual location is in Altoona, Pennsylvania, I placed it in New York and created a town Bridgetown to protect names and places of actual people and places.
Era

This story switches back and forth from 1962 to present.
Share

When Bert Grayson is murdered, it sets off a chain of events to apprehend a relentless killer who would not be stopped. Don't trust anyone Lee and Miranda were warned.

If Lee Perkins has learned one thing as a researcher and editor, it's that when his suspicions collide with the evidence, he should always follow where the trail leads him.
So when he comes across mysterious letters with information about a fifty-year-old unsolved murder case, he is compelled to take notice.
The victim? Bert Grayson, a known fighter and drinker from the rough side of town, found in a dark alley with his throat slit. The police ended their investigation after a couple of weeks due to a lack of evidence, or so they say. Through her letters to Bert's sister, a young barmaid named Lillian Grace claims the whole thing was a cover-up, and the cops were in on it, too.
Now it's up to Lee to investigate Lillian's claims and get to the bottom of a mystery more than half a century old, uncovering secrets that many have taken to their graves, and that many more have spent decades trying to forget. But after fifty years, will it be too late to bring Bert's killer or killers to the justice they deserve?